Images have surfaced from the training regiment where Key from SHINee has recently been stationed during his basics training in the military, and it seems that this man doesn’t age at all – or better yet, ages backwards!

Recently, SHINee’s well-rounded member Key began his mandatory military enlistment and entered into basics training with others around his age. Shawols know already that updates won’t be as prevelant as that of another enlisted SHINee member, Onew, as the division in which Key is part of is known for not delivering many updates to fans and the general public as often as some. Today, however, we have gotten our first update on Key and the squadron he’s currently part of! The images show a man that looks as if he’s just turned into an adult, rather than a man nearing his thirties. Shawols couldn’t be happier to see him healthy. 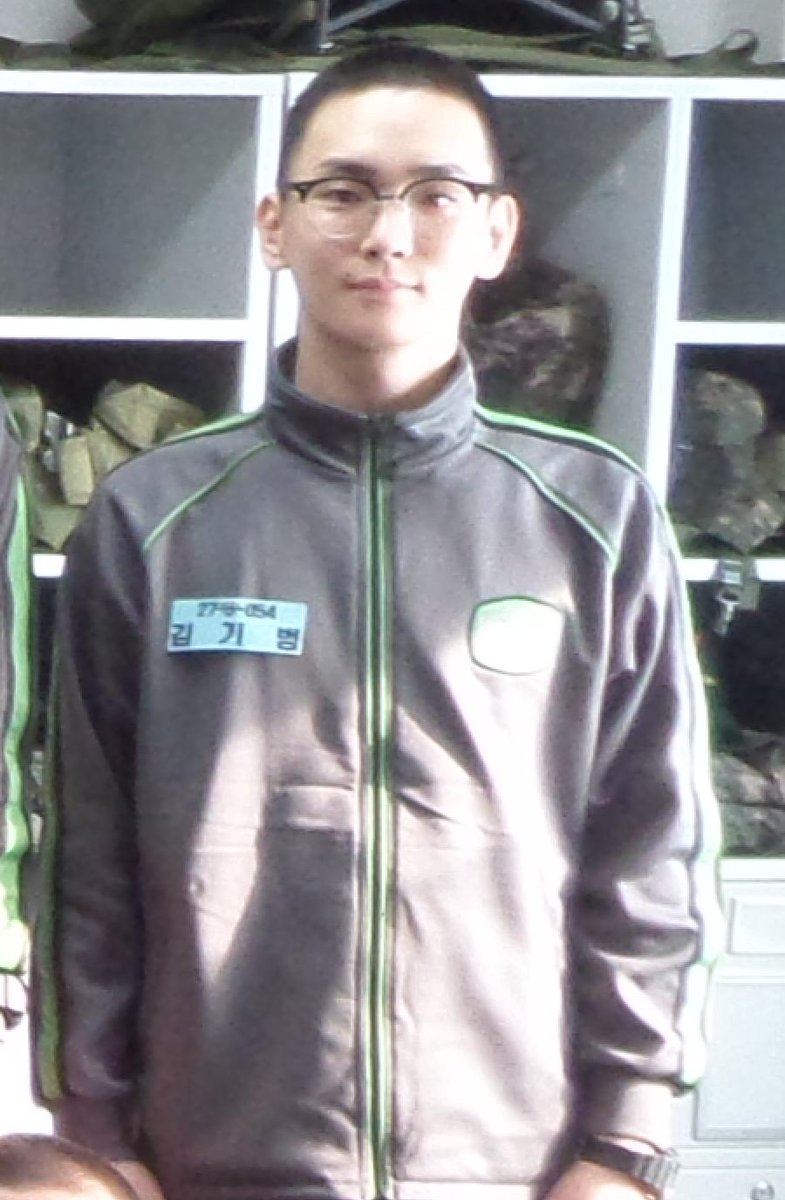 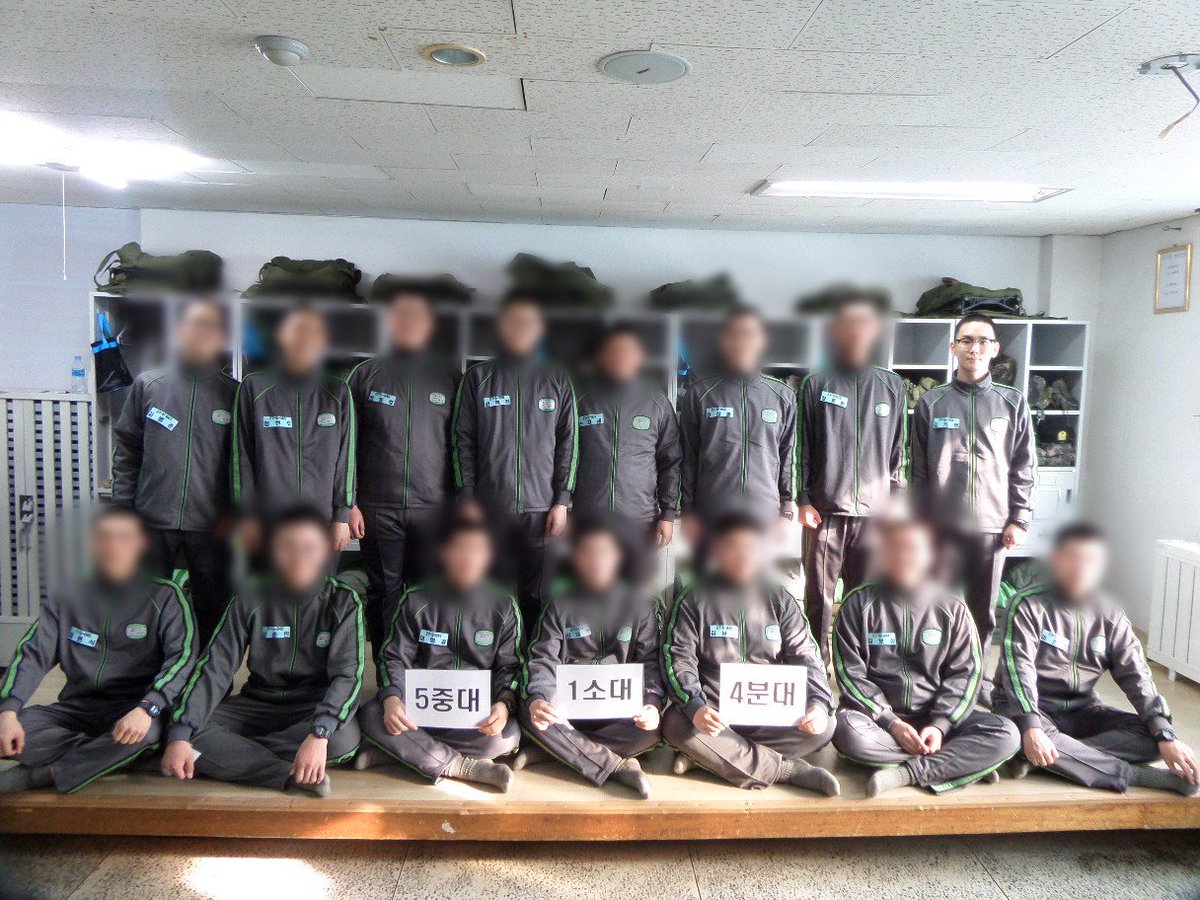 Information was also delivered regarding Key’s enlistment, and a defined date has been given for his completion of his military service.

This news only solidifies what Key said previously in a letter to fans regarding his enlistment and swift return in October of 2020, as well as statements he made during his enlistment date via news sources at the site of enlistment.

Best wishes and continued happiness and good health to Key and all of his squadron!

Monsta X's international PR team is in hot waters with fans also known as Monbebe after it has come to light that they seemingly cannot properly identify the group's members.

Its been almost 2 years since i started kpopsource & its been a roller-coaster ride for me since day one. From knowing nothing about running a forum & website, i

SHINEE's Taemin, EXO's Kai, VIXX's Ravi, Ha Sungwoon and HOTSHOT's Timoteo aka the 'Padding Squad' were spotted in Cebu, Philippines, dining at a local restaurant. BTS's Jimin, the only missing

As the season of spring manifests itself, it spreads joy to the environment through the arrant bloom of flowers, the livening of nature and the appearances of the K-pop pixies

EXO's Xiumin (Kim Min-seok) has officially begun his military enlistment as of May 7. The 29-year-old member is the first EXO member to enlist. He will be training for four

3YE makes exciting comeback with “OOMM (Out of My Mind)”

The rookie girl group 3YE have made their first comeback with the electronic dance single "OOMM (Out Of My Mind)." https://www.youtube.com/watch?v=spYi8qkYDCg 3YE consist of 3 members Yuji, Yurim, and Haeun.

TXT to change fandom name from “Young One” amidst controversy

TXT's fan club name caused quite a stir when it was announced to be "Young One," or 영원 in Korean, on April 25, 2019. Last year, Tiffany Young's fandom had

Top 5 Rookie Groups to look out for

Sometimes, rookie groups are said to be less skilled or talented compared to established groups, often hearing criticism or discouraging words that would make a normal person give up on

Physical attack carried out against A.C.E: a full breakdown of the Black Exclam situation

On February 19, K-pop idol group A.C.E were the victims of a physical attack thought to be carried out by anti-fans. The perpetrators superglued parts of their car together in

Treasure 13 will not debut this July, according to a recent report. The 13-member boy group, formed during YG Entertainment's survival show Treasure Box (2018), was expected to make their

K-Dramas are widely popular around the globe and have finally opened up their gates for more representation through pride characters. With the first Korean BL web-drama “Where Your Eyes Linger”,

Over the years K-Pop has changed and progressed to what we know it as today. Knowing the evolution that took place helps to have a deeper understanding of the music

"Do not accept the fate of the moon" A sanguine voice chimes in LOONA's "So What" M/V: an expression laced with sinister determination against being underestimated and stereotyped. LOONA have

"Hotel Del Luna" is a heart-tugging story that is comparable to, or even surpasses, the legendary Goblin. IU 's performance in the fantasy drama has shown viewers a side of

The reigning kings of K-pop are back with another full album (full albums followed by repackages are an EXO tradition). With an entire armada of genres at their disposal, EXO

The former Wonder Girls member breaks out of her shell and consolidates herself as a true soloist with her first album 1719. HA:TFELT does not contain herself within the ‘picture-perfect’

With expectations of fans filled to the brim, IU made sure not to disappoint with her ninth EP, Love Poem. Topping numerous charts in Korea, the self-composed EP showcases different

Baekhyun, one of the leading voices in EXO's music, blows listeners away with Delight.  Delight is his second mini-album effort after last year's noir magnum opus (whether there is a

Yin and Yang come together and darkness meshes with purity as (G)I-DLE explore the themes of self-confidence and empowerment on their 4th mini album I TRUST. As a participant in

12 Gripping K-Dramas to Watch During Quarantine

Are you bored during quarantine? KS Press has the perfect remedy for you! From short, action-packed dramas to long, melodramatic romances, this list has it all. Here are 12 K-Dramas

wpDiscuz
We use cookies to ensure that we give you the best experience on our website. If you continue to use this site we will assume that you are happy with it.OkPrivacy policy